Sometimes, varieties of alabaster are defined on the basis of their origin, but it is normal to use mixed classifications in which other criteria are also introduced, such as historical or artistic ones, appearance and composition.

On the basis of its composition, we can refer to calcareous alabaster (when a high proportion of calcite exists) and gypsiferous alabaster (or alabaster stone sensu stricto), which is the alabaster found in Aragon. 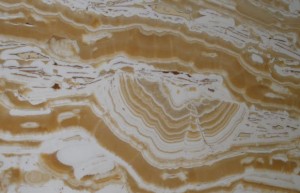 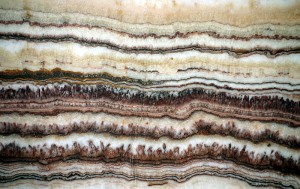 There exist two generic types of alabaster in Aragon:

It displays a variable, but always remarkable, translucency. The maximum sizes of the blocks are larger, and blocks of 1m3 can be obtained.

It owes his name to its appearance when it is extracted from quarries. Its translucency is lower, and it commonly displays “aguas” and veins. Blocks size is smaller. It is less commercially appreciated.

Classification According to Origin:

• Old alabaster. It displays a milky white colour and is also known as “alabastrite”, from the city of Alabaster (Egypt).

• Alabaster from the Niso River in Sicily.

• Alabaster of Taormina (Sicily), with reddish to dark yellow waves.

• Alabaster from Gozo island (near Malta). It is light yellow and translucent, with white waves.

• Alabaster from Lagny (Paris, France). It is yellowish white and semi-transparent.

We are alabaster suppliers. For more information:      CONTACT US!