Warning: Creating default object from empty value in /homepages/24/d429278190/htdocs/ALABASTER-ARASTONE/wp-content/themes/persuasion/framework.php on line 525
 RECOVERING THE DIAMONDS OF 1798 | Alabaster

RECOVERING THE DIAMONDS OF 1798

In the municipality of Porcuna, Spain, the underground galleries of the current Town Hall, have been restored. The ventilation chambers of the Royal Pósito, were built by the mandate of the King Carlos IV in 1798.

The recovery process has been developed for more than 18 months by the architect Pablo Millán, who explained in a note that he had three important phases started by making the original space a space with entity itself, one of the reasons because the ground was lowered about 1.5 meters.

Secondly, the necessary archaeological excavations were carried out by the archaeologist Rafael Saco that allowed to integrate important structures of Roman and Medieval origin inside the enclosure. Finally, a major restoration of the stone’s was undertaken in a process “Slow but effective” in which traditional techniques have been combined with the latest restoration tectologies.

According to Pablo Millán he explained, that this project, from its origin was raised with the main objective of making it possible to “wander between the past, look for the space between the ruins, both the underlying archaeological and the emergent.”

Is it itself, a white folder in which everything remains contained. 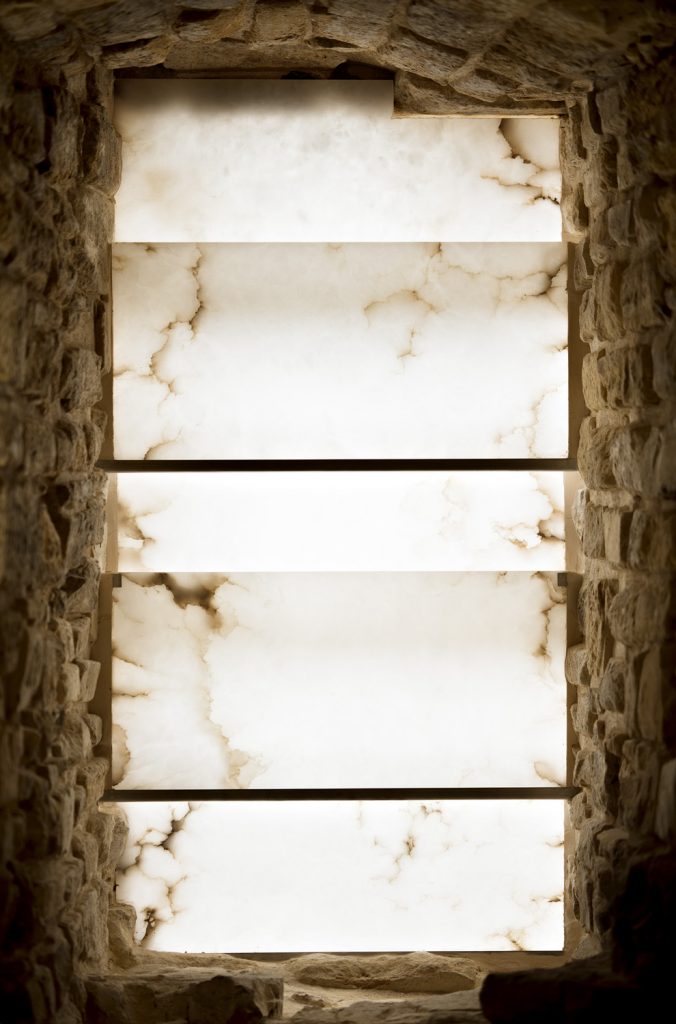 If you want to know about our alabaster stone, uses, applications  and more you can visit more projects here:

We are international alabaster suppliers. For architects and construction. Also we sell alabaster for carving, for sculptors and artists. If you want to get in touch to ask for any doubt related to your project (small or big projects), here we are:

To be in touch via e-mail:
Get in touch here!

We are also available by phone: